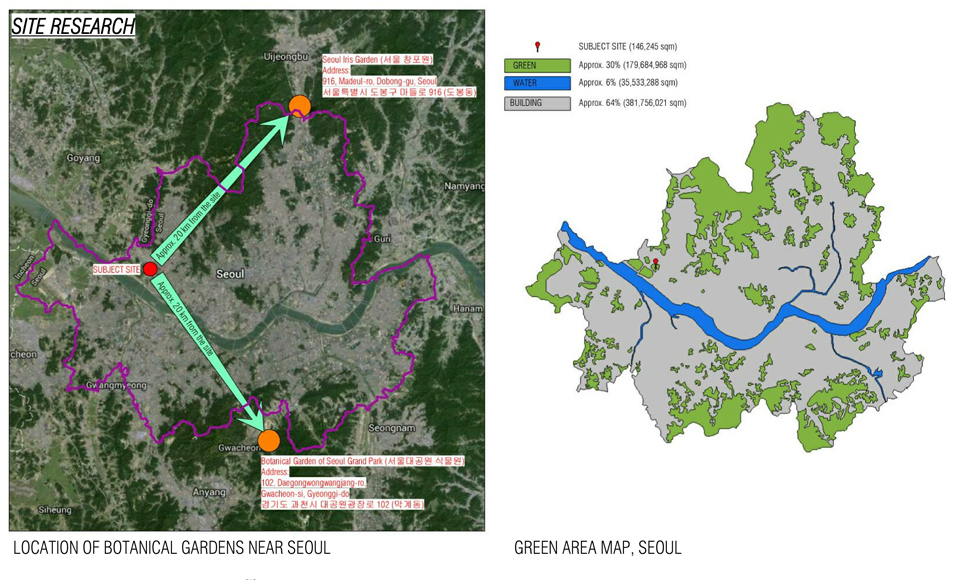 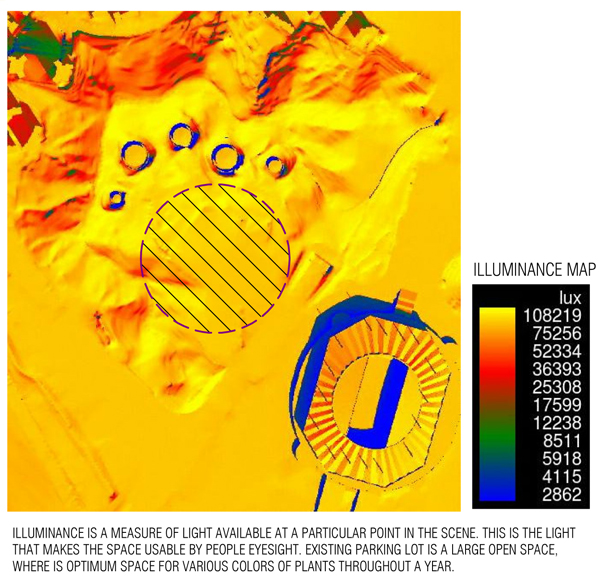 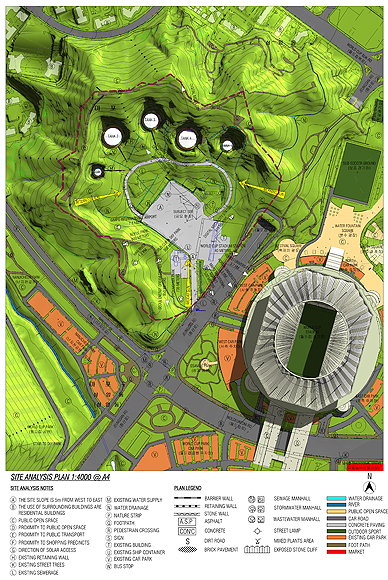 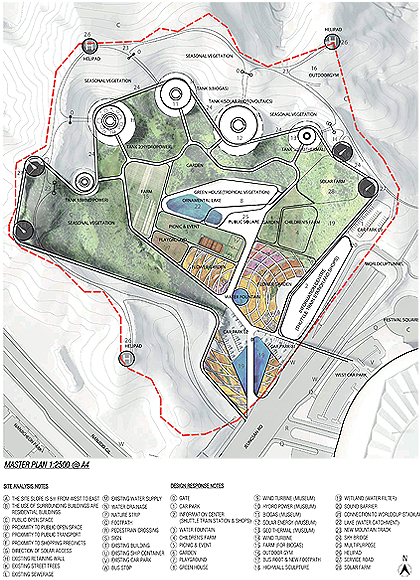 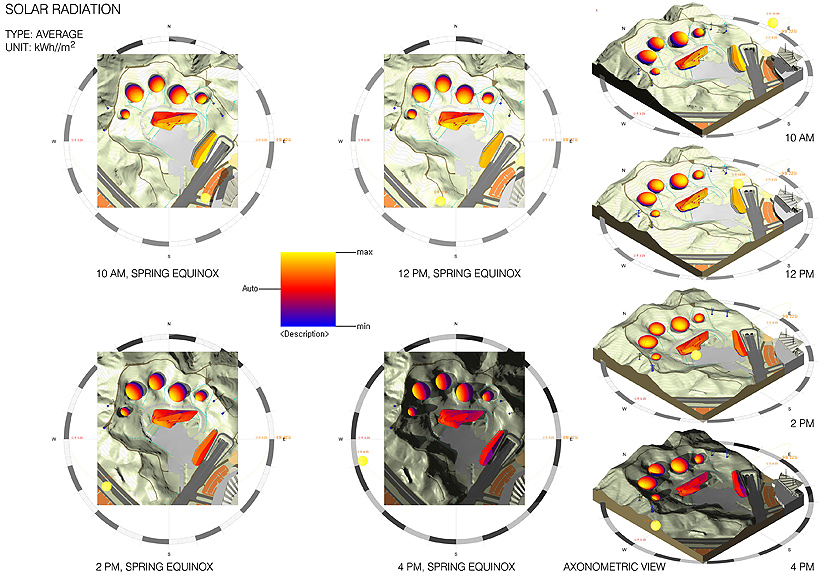 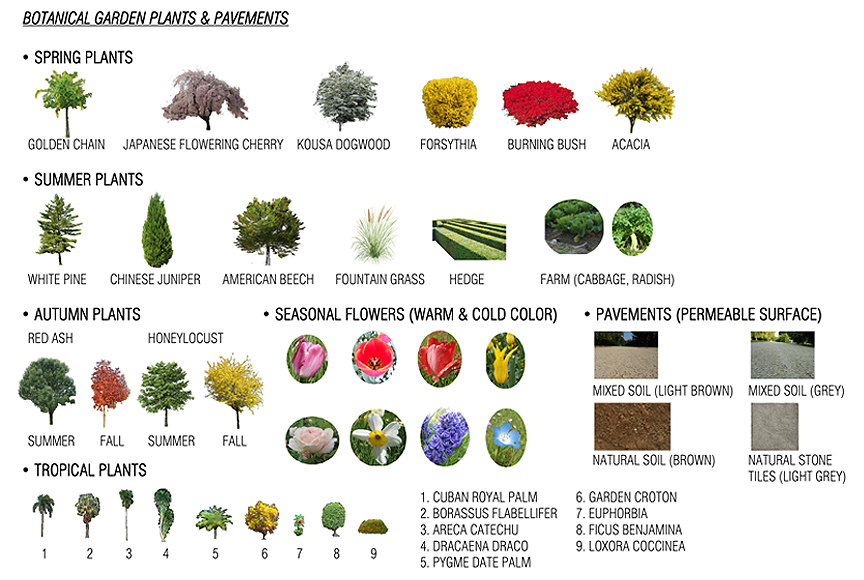 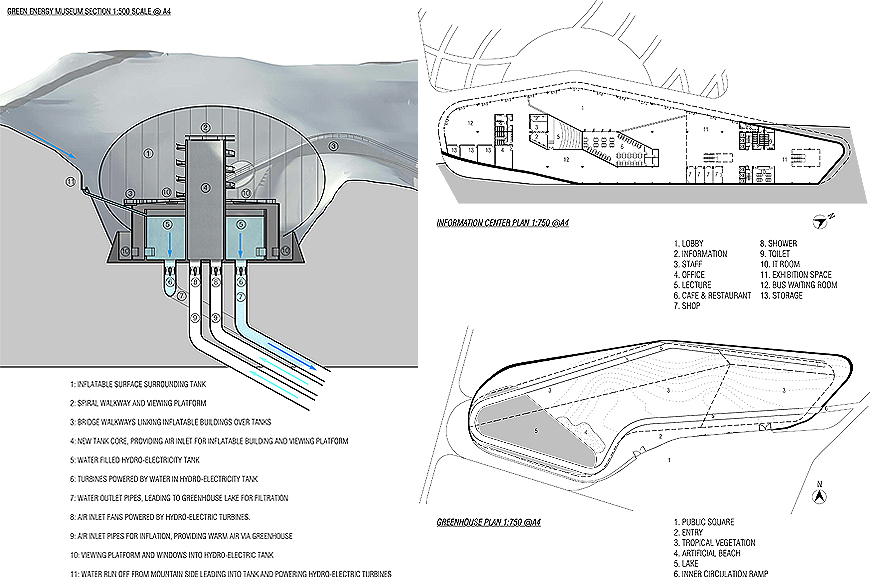 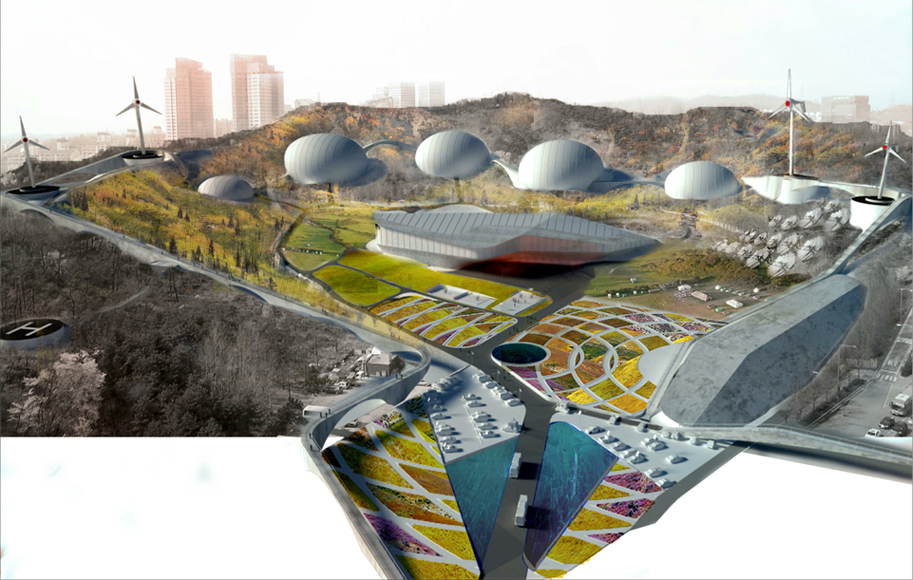 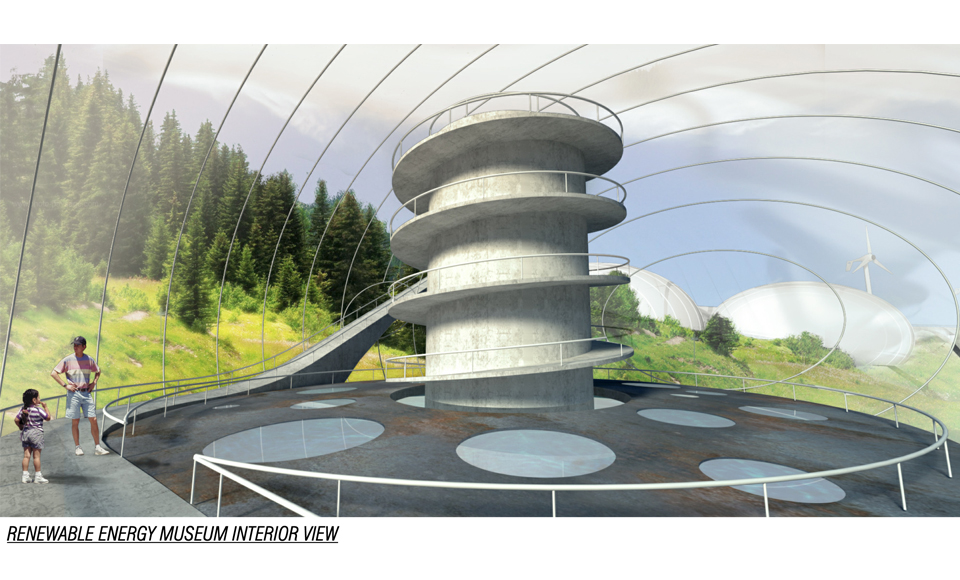 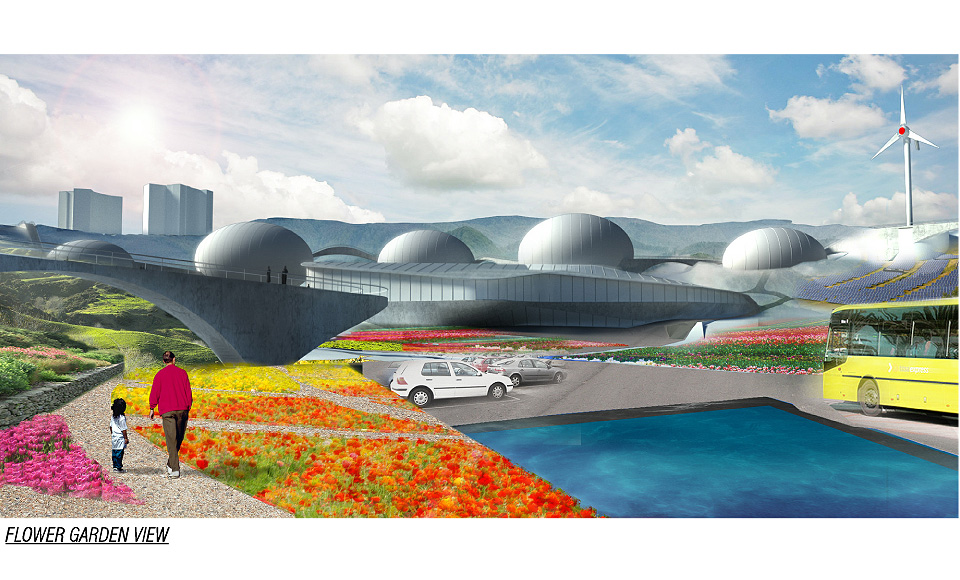 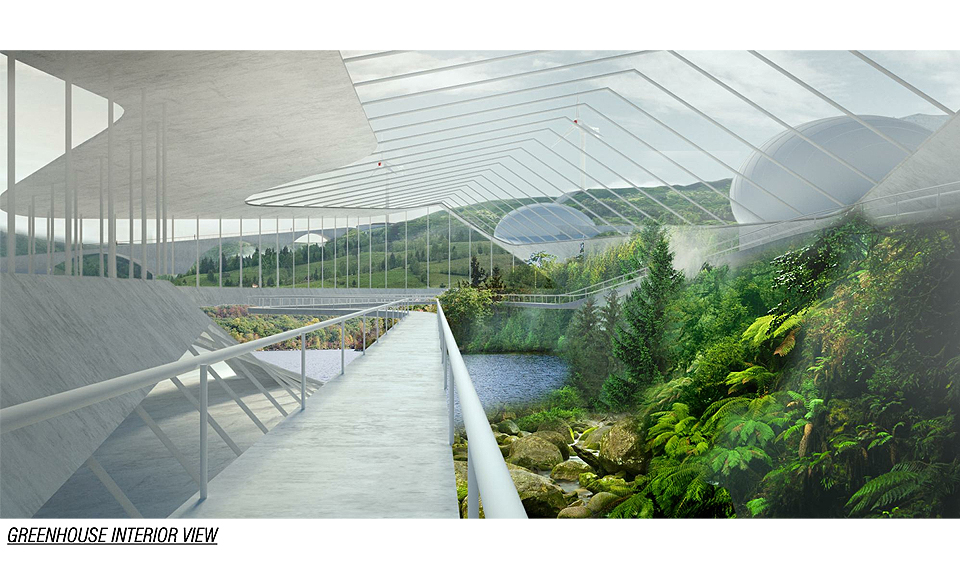 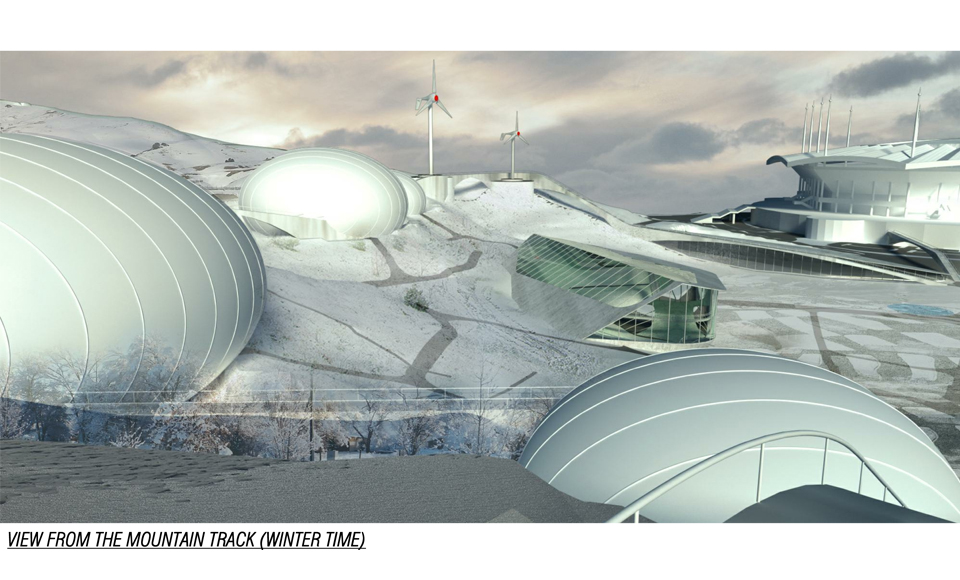 60 years after Liberation, 60 years of South Korean Economic progress, leading industry and technology for the future. This is what the Republic of Korea's global impression is!

The Republic of Korea began its industrial revolution in 1962 to avoid the desperate hunger of the people, with a small hope to reinvigorate the country into the future. As time has passed, the Republic of Korea has been able to overcome the difficulties in the last 60 years by developing its industry, economy and technology. Against all odds, South Korea is now one of the leading countries of the digital and information technology age. This huge achievement has greatly lifted global regard for Korea to the point where South Korea is known as the ‘Asian tigers.’

In the process of this industrial revolution, oil reserve bases were constructed throughout the country. These were important facilities, in which petroleum was stored in case of national emergency.

Mapo Oil reserve base now stands as an important marker of South Korea's industrialization and of great economic reform.

As Seoul has developed and expanded, natural resources have become more limited. The Han River occupies about 6% of the overall Seoul area, and only approximately 30% of areas are covered by forest in Seoul. This means that about 64% of Seoul is fully urbanised. Most of land is dry and grey. The rapid urbanization of Seoul has enabled previously unimaginably wealthy, urban life, at the expense of the natural environment. As a result, various social problems have occurred and citizens groups have started to demand healthy recreational space.

In order to try to rectify these emerging problems, the City of Seoul has undertaken to restore Cheonggyecheon, which was the original natural stream in Seoul. This project has begun to make a new life style possible in Seoul. However, the cost required to rectify past mistakes is enormous. We should treat this project as a warning; why spend time and money fixing problems when they can be avoided? We must not make this mistake in the Sangam area. The basis is already there. The Sangam area has been well planned by the City of Seoul over the past 10 years, with the Environment & Ecology Park, World Cup Stadium, Digital Media City (DMC). The Mapo oil reserve base is the last land to be planned, which makes it an even greater responsibility.

The people of the Republic of Korea, scientists, engineers, architects, and international experts must work together to preserve a treasured place for the future by respecting its historical value and significance.

We propose to transform the existing oil tanks into a place in which future, renewable energy sources can be explored by the public and ideas and technology can be disseminated. The original tanks are retained, acting as a poignant symbol to the past excesses of the industrial age, and re-programmed to symbolize and enable a new, sustainable and prosperous future.

They become a place to learn about and experience sustainable energy strategies. The five energy sources are wind power, hydropower, solar energy, geothermal, and biogas, which produces energy from the visitors' waste. Each tank is transformed into its own self-sustaining monument. Inflatable buildings on top of each tank are held aloft by turbines run through the power produced by the renewable energy system within the tank itself.

The success of the energy source is now made tangible and clearly visible by the proud structures ringing the side of Mount Maebong.

In order to counter the great loss to the environment which came with the industrial revolution we propose to transform the dead mountain and parking lot into the Seoul Botanical Garden.

By borrowing the color combination from the Cloude Monet's garden design, visitors can feel the romance and beauty of nature, and experience the huge changes in the seasons in Korea directly. The greenhouse in the central area of the park contains various tropical plants, including indoor activities, such as an artificial beach, waterfall, and lake.

The tanks and greenhouse operate in synergy together. The greenhouse provides warmer air for the inflatable tank buildings, and the tank museums capture rainwater from the mountain top, which is filtered through reed beds in the greenhouse and then wetlands within the botanical garden. As a result, migratory birds and animals will have a beautiful home again.

In the same way that the old oil tanks now symbolise the past scientific and technological achievements of the Republic of Korea, Hope Systems can now become a bold vision for the future of Korea, the Asian Tiger.