Each program has its own level. The relationship between the programs and the surrounding environments are organized by variety of physical and visual connections, which are provided by the correlation of the structural systems.

We are able to experience overlapping spatial conditions as well as connecting the site context with proposed project. 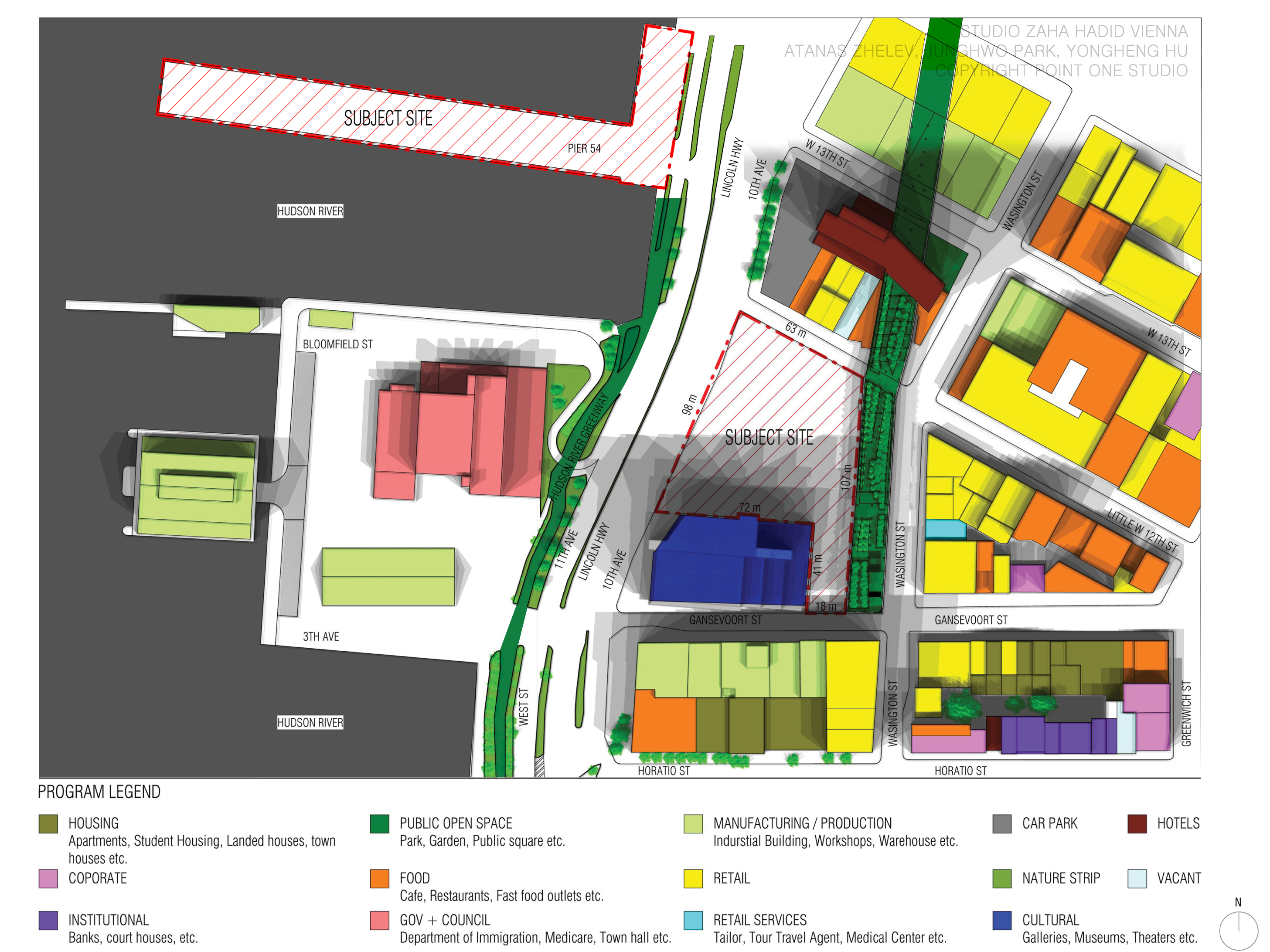 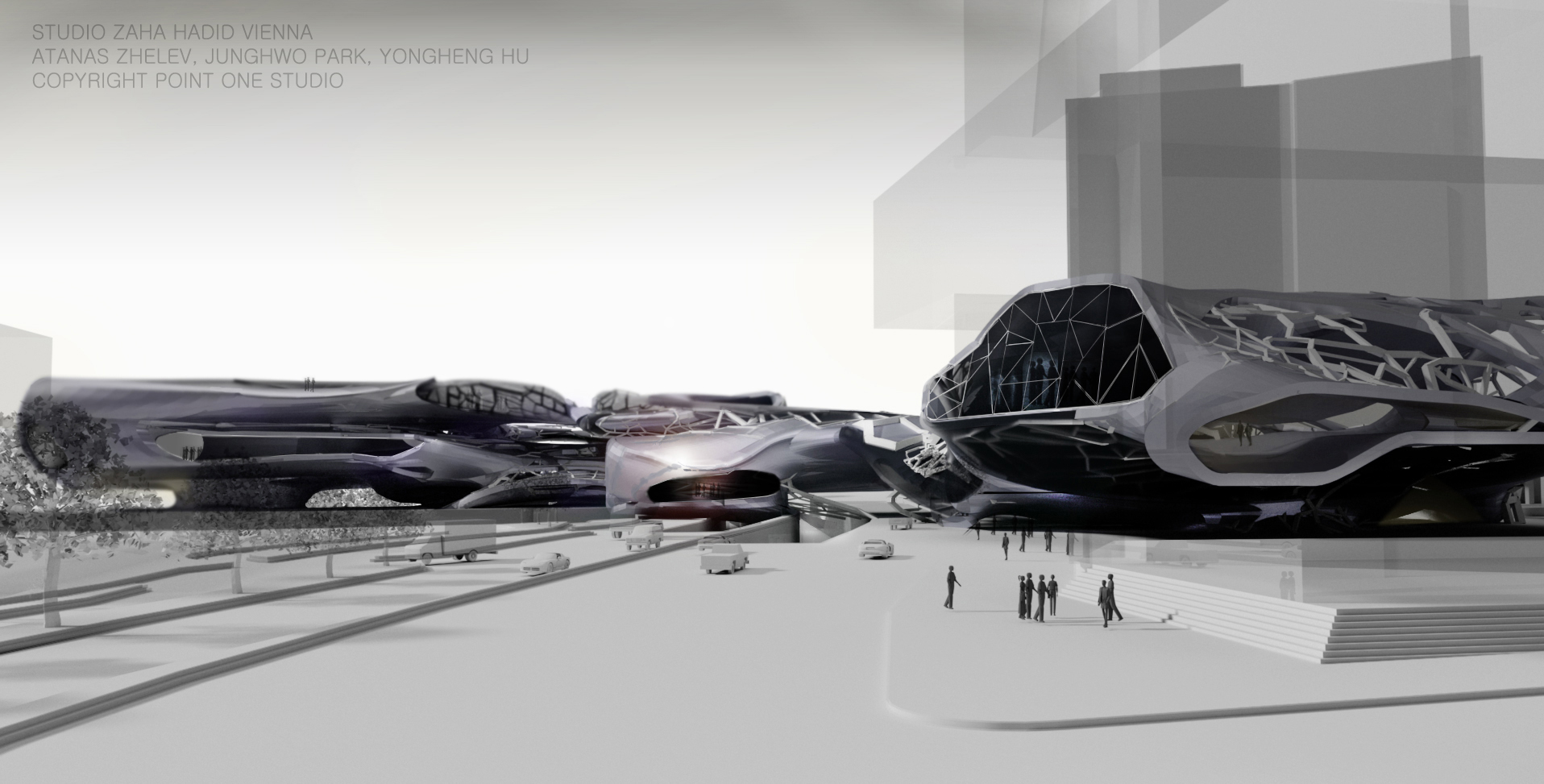 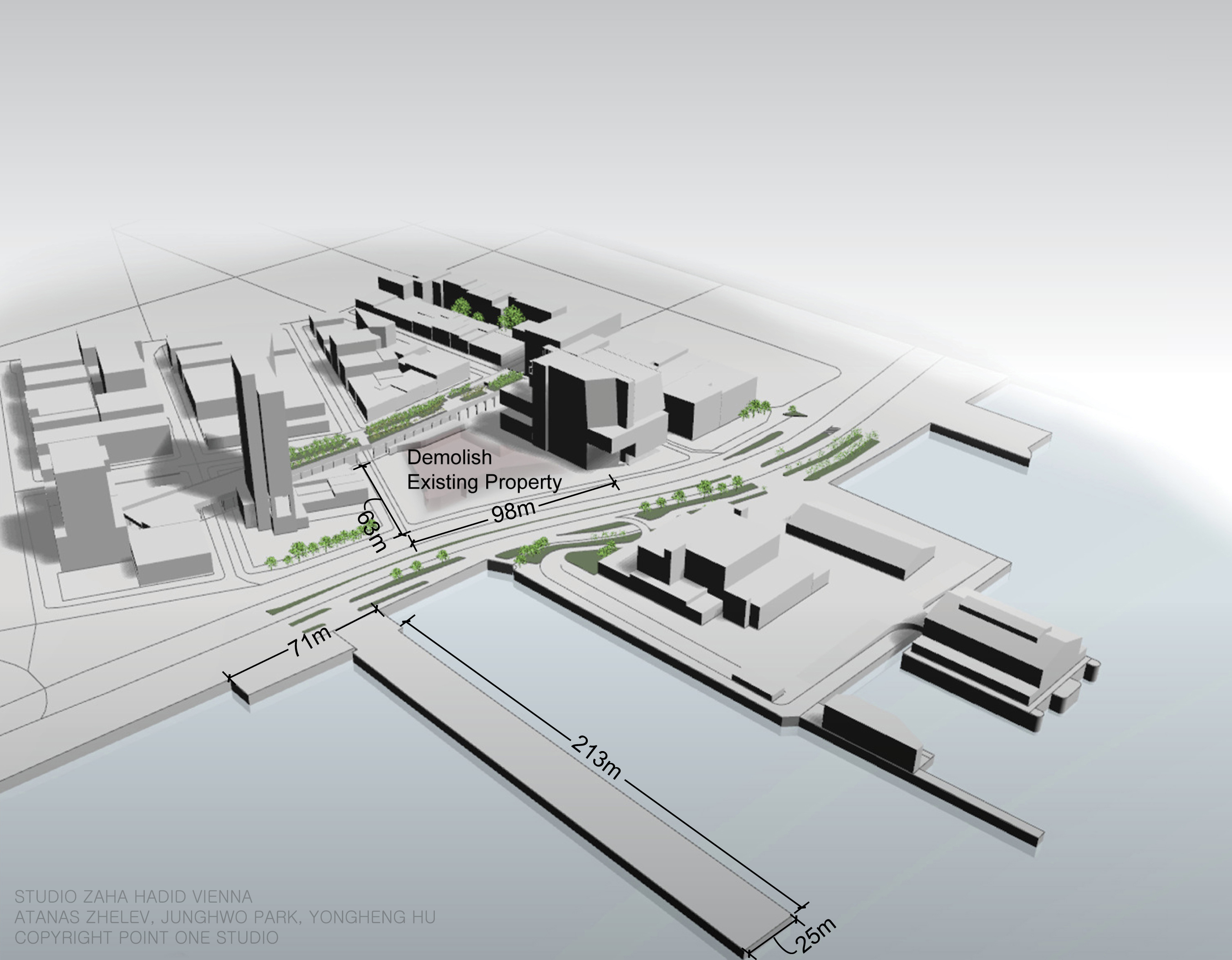 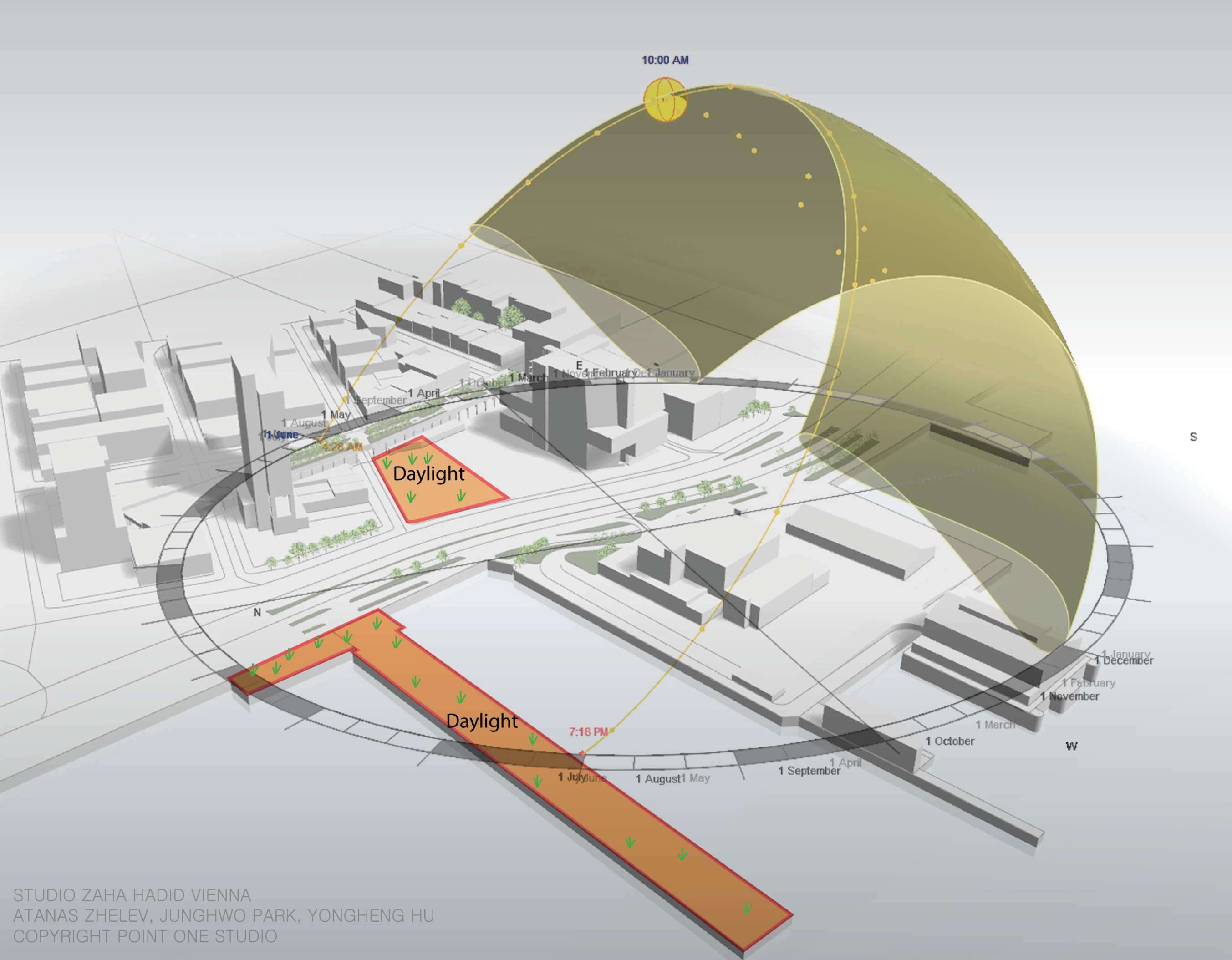 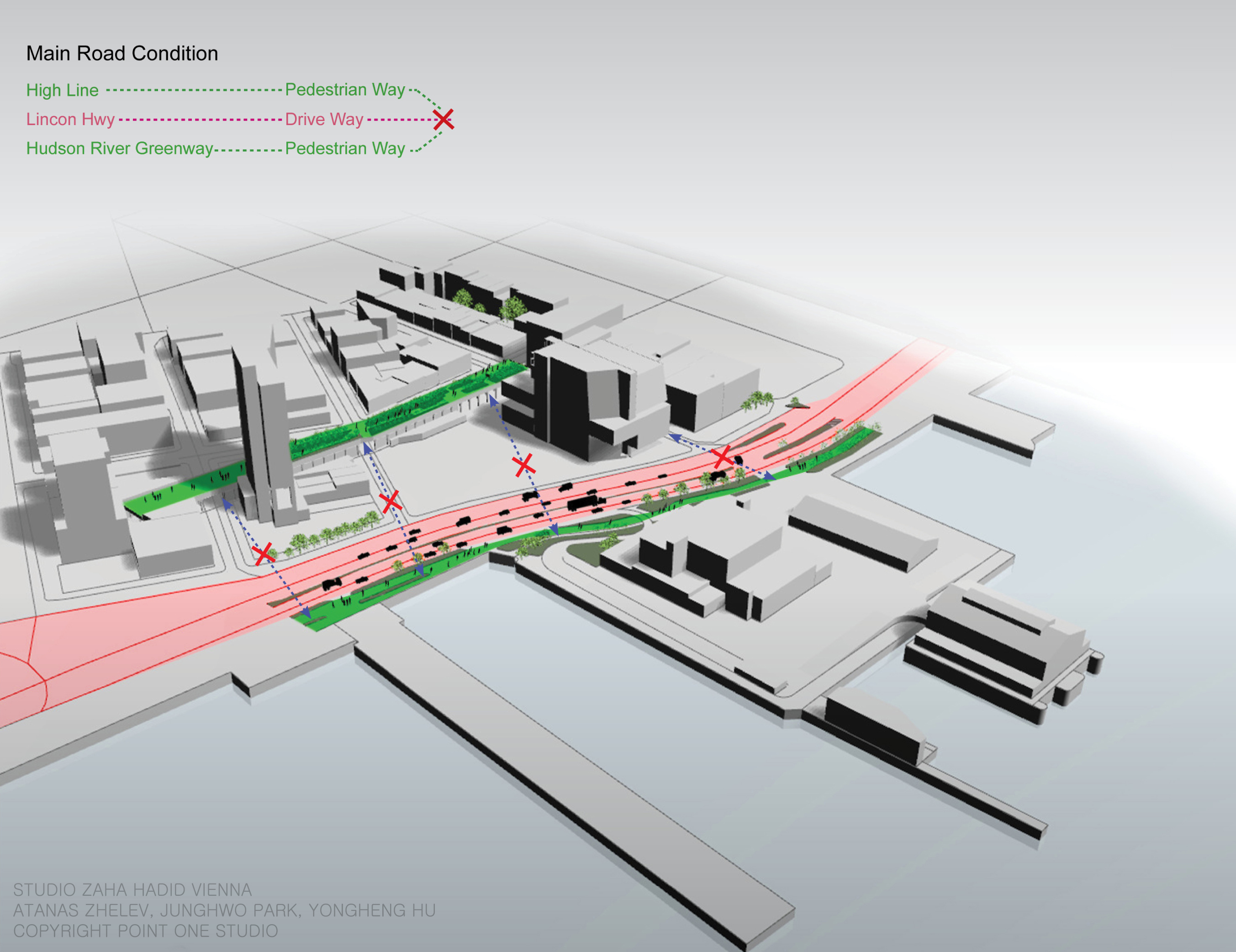 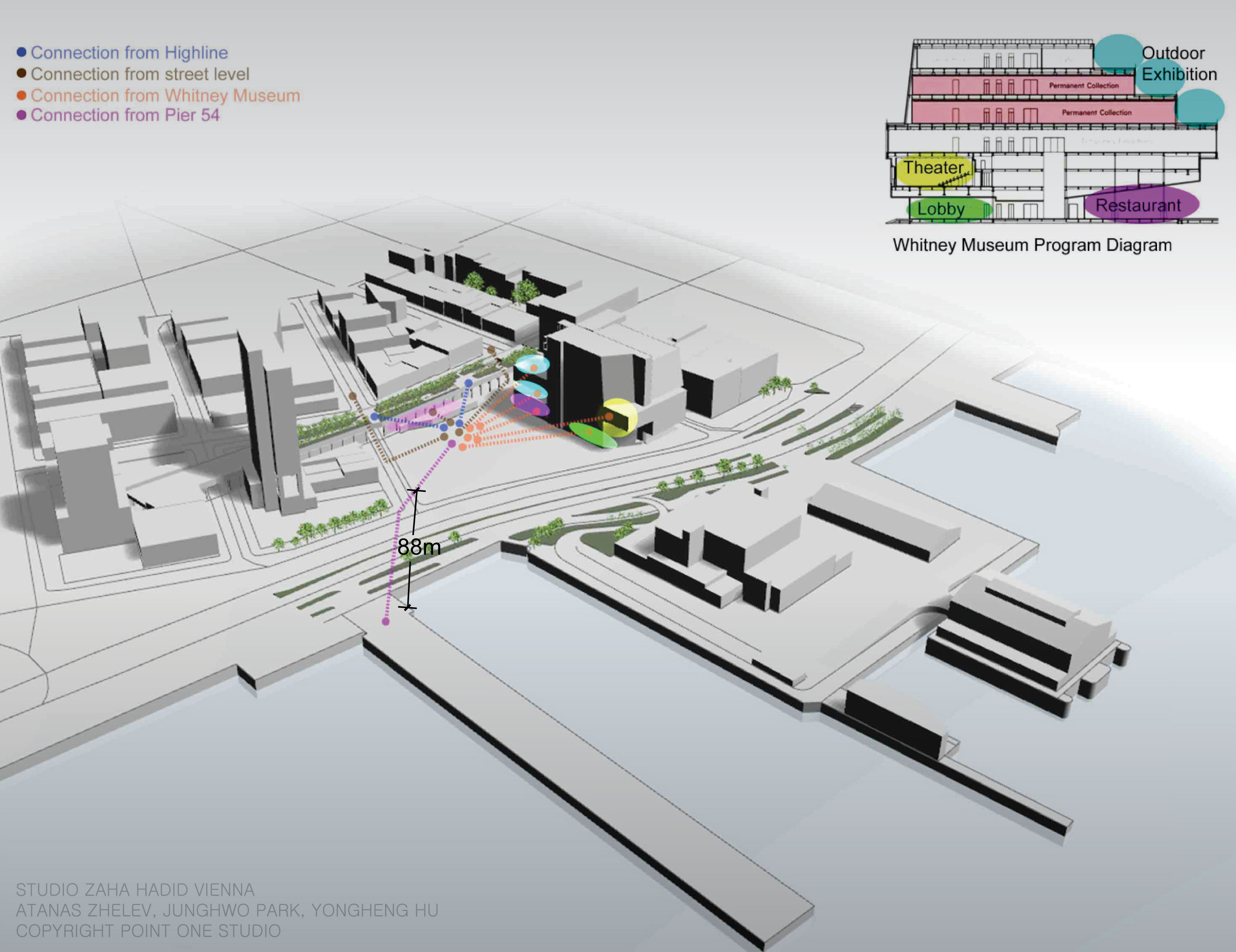 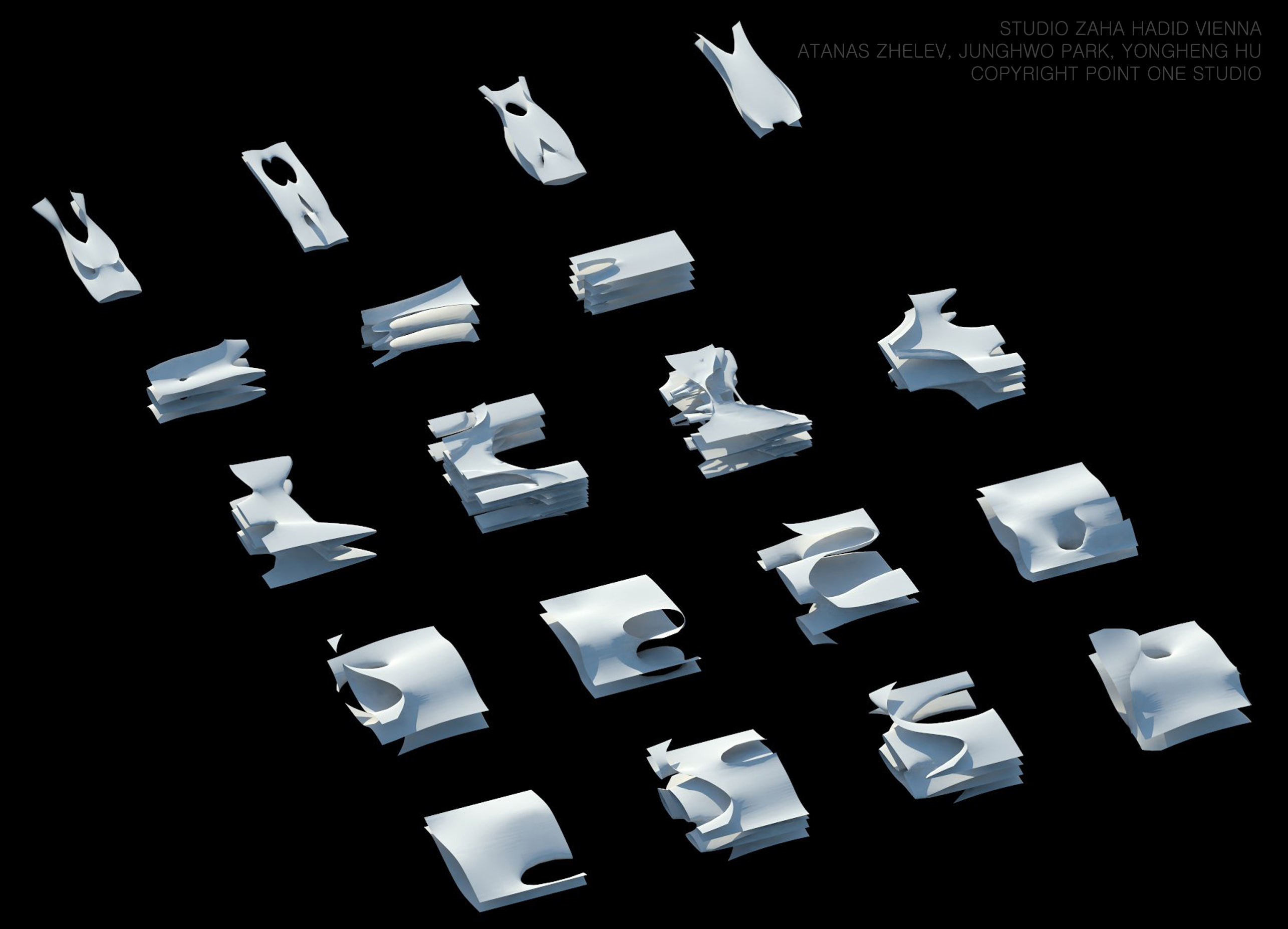 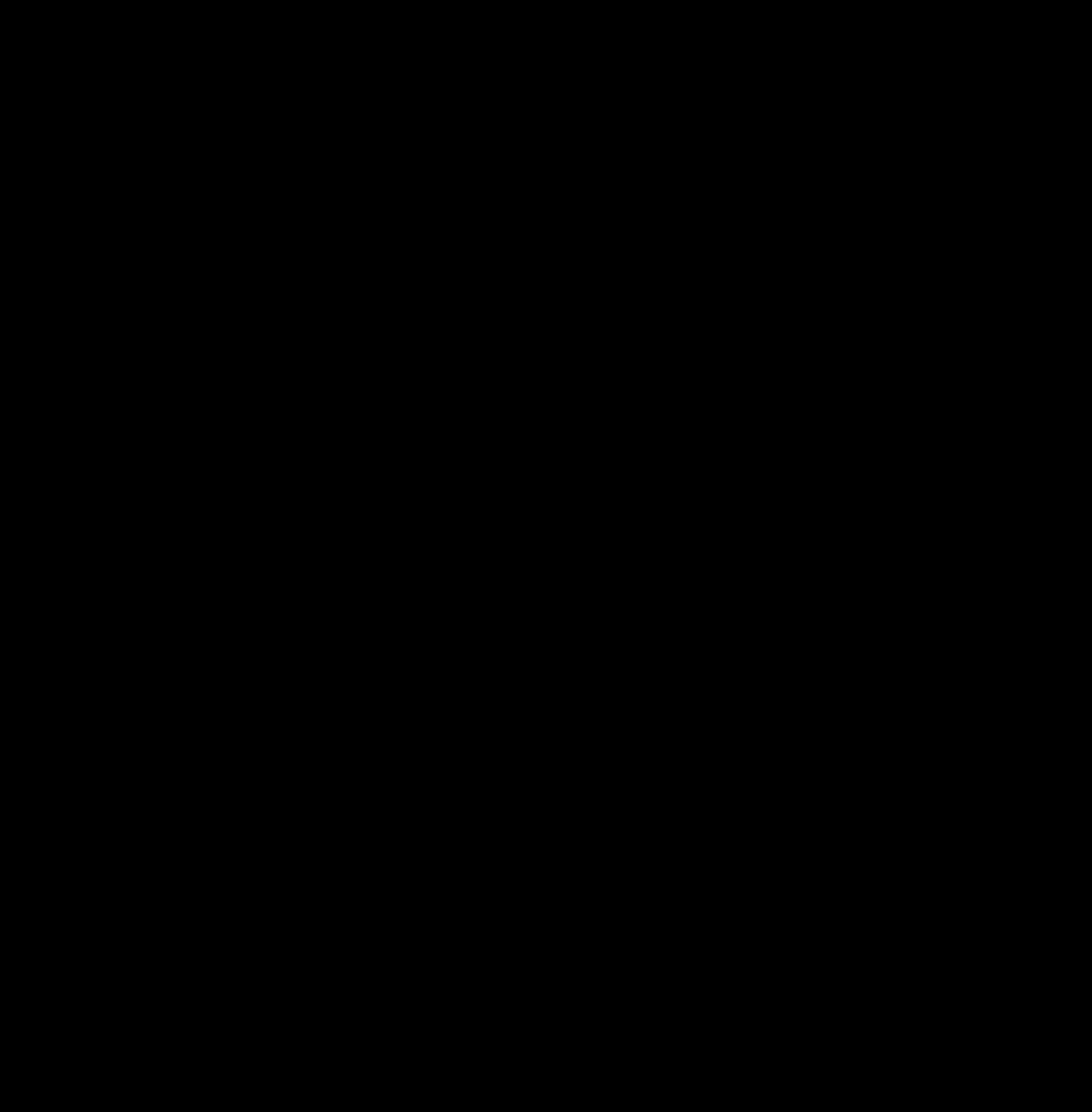 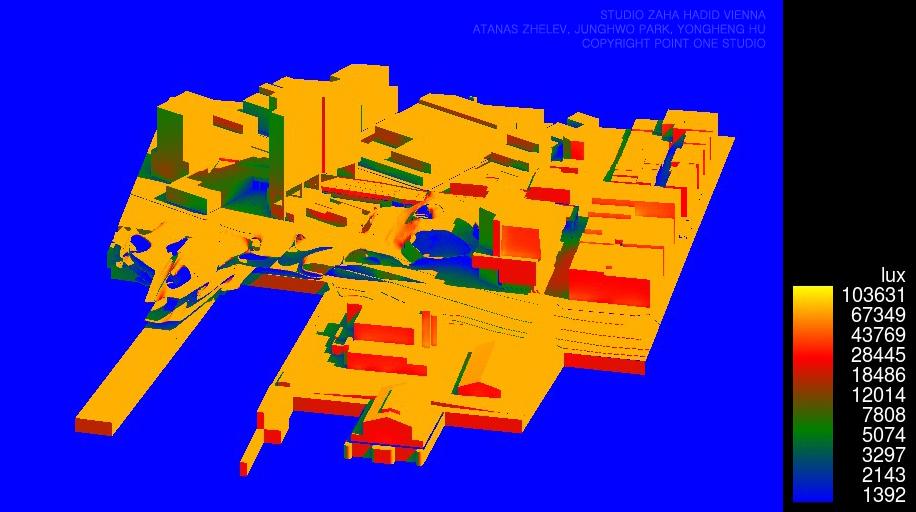 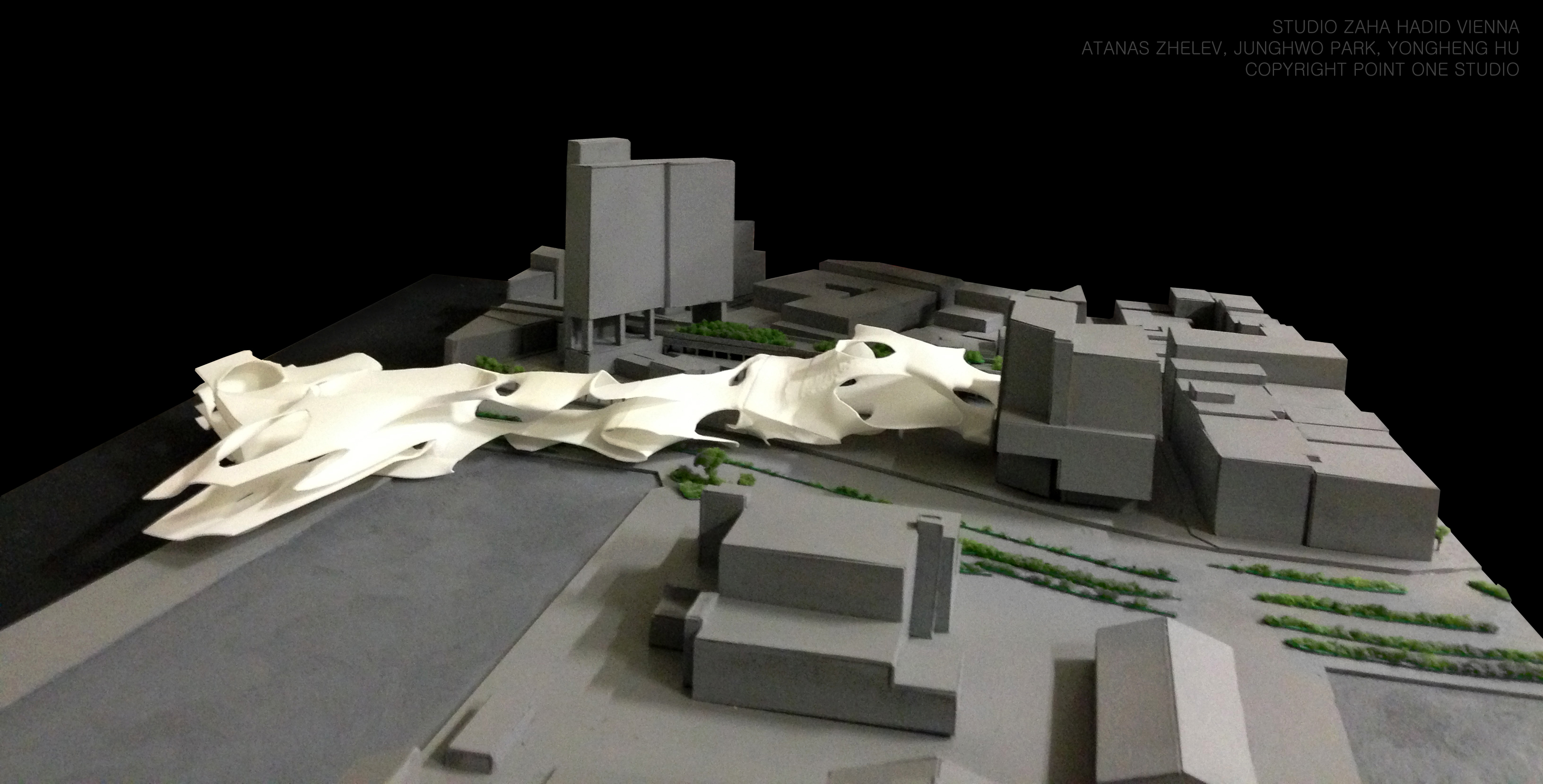 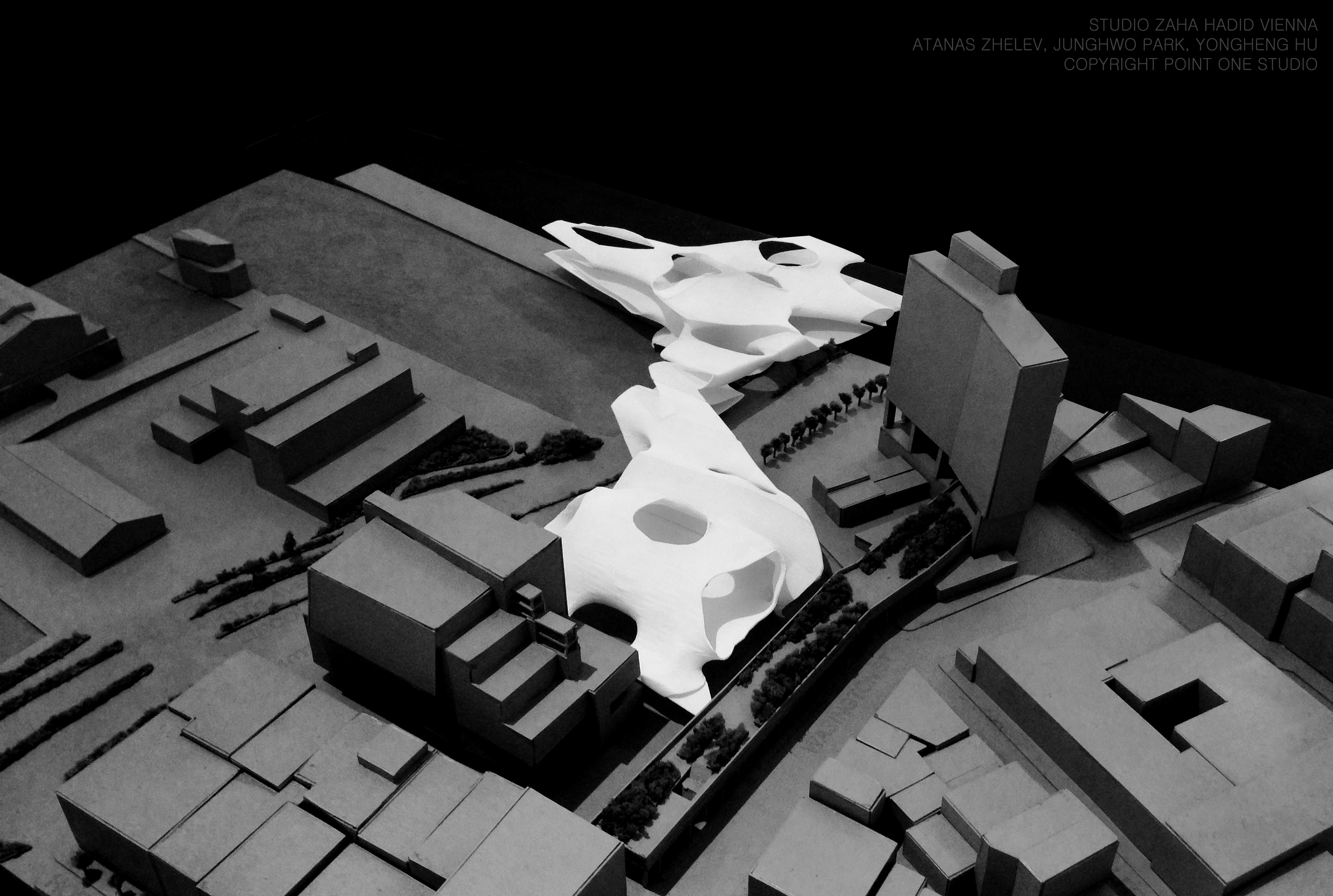 The demarcation between architecture and engineering rests on the distinction of the built environment’s social functioning from its technical functioning. While the technical functioning considers the physical integrity, constructability and physical performance of the building in relation to its users understood as physical-biological bodies, architecture must take into consideration that a building’s social function, i.e. its function as ordering and guiding communicative frame, functioning via its appearance and legibility. The core competency of architecture is thus the task of articulation. Legibility involves two aspects: the perceptual tractability/palpability and the semantic-informational charge.

The relationship between the technical and the articulatory dimension of the build environment leads to the concept of tectonics, here understood as the architectural selection and utilization of technically motivated, engineered forms and details for the sake of an articulation that aims at legibility for the sake of social communication. There are plenty of examples in the history of architecture where architectural elements and features with technical functions become the object of articulatory (“ornamental”) endeavours. A technically efficient morphology thus assumes also an articulatory function. We might call this communicative utilization of technical forms, features and details tectonic articulation. The articulatory integration of the morphological consequences of technical requirements is always the more elegant solution than the attempt to fight and deny them by hiding or obfuscating them.

In order for architects to pursue tectonic articulation they need to guide and orchestrate the engineering investigations and then select the engineering options that most suit their primary task, namely to fulfil the posed social functions via framing communications. The adaptive differentiation of load bearing structures as well as the adaptive differentiation of volumes and envelopes according to the building’s environmental performance (with respect to its exposure to sun, wind, rain etc.) afford many opportunities for differential tectonic articulation. A thus lawfully differentiated built environment would be much more legible and navigable than the modernist, isotropic order of repetition. With the development of sophisticated computational design tools - both within architecture and within the engineering disciplines - the scope for nuanced tectonic articulation has much increased. The adaptation of structural morphologies to the force distribution within a structural system offers a fantastic opportunity for architectural articulation. In turn the more complex architectural orders proposed within contemporary architecture are reflected and potentially accentuated by sophisticated, adaptive structures. The realization of this potential requires an intensified collaboration between innovative architects and engineers. Although there can be no doubt that architecture remains a discourse that is distinct from engineering, a close collaboration with these discipline’s as well as the acquisition of reliable intuitions about their respective logics are increasingly important conditions for the design of contemporary high performance built environments. In fact a clear understanding of the distinct agendas and core competencies of architects and engineers facilitates their effective collaboration. The studio will thus closely collaborate with engineers and integrate both analytic and generative engineering tools within its design research methodology. The particular social programmes that the “speaking morphologies” will address are to be determined at a later stage.