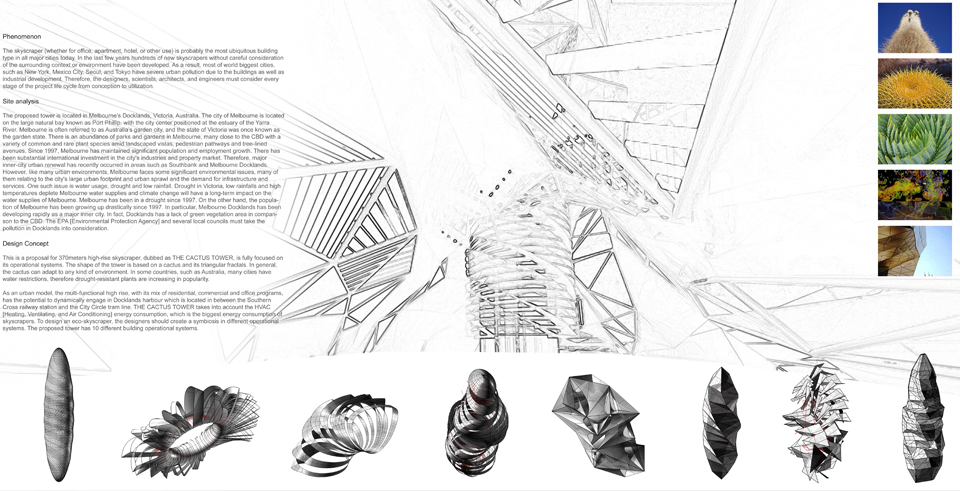 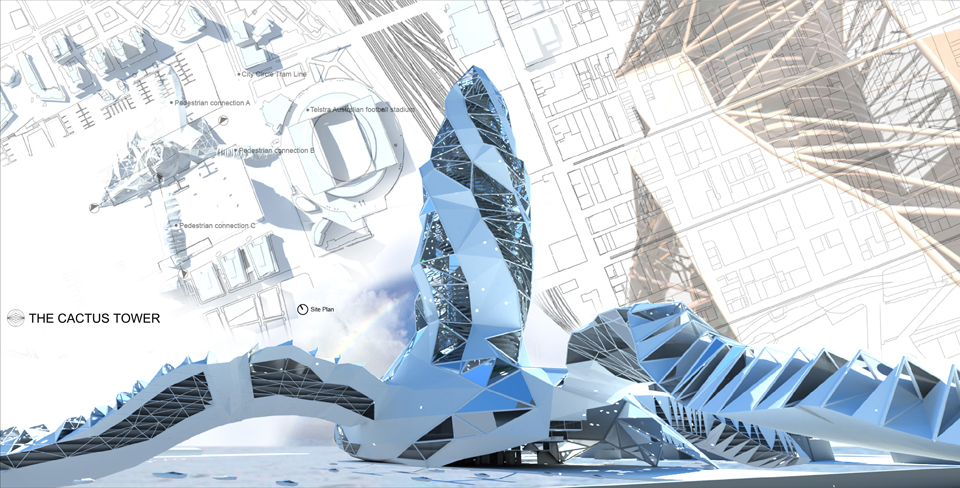 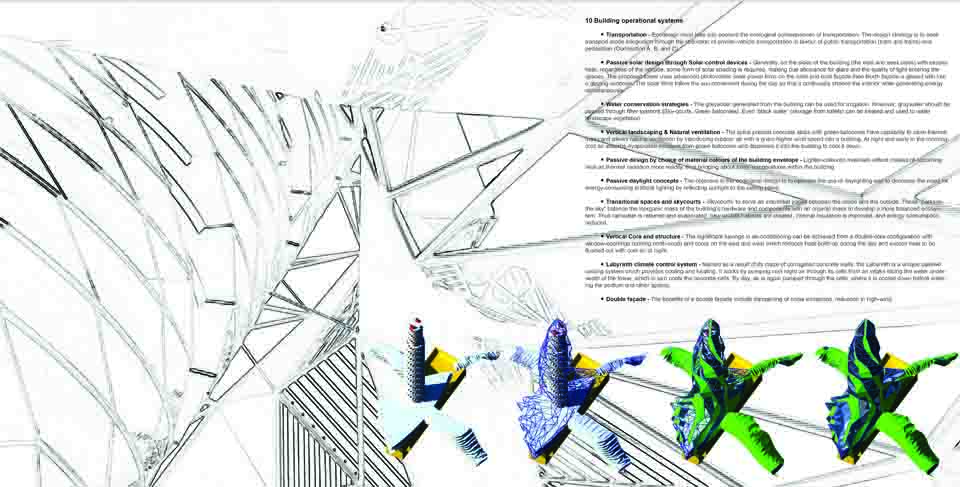 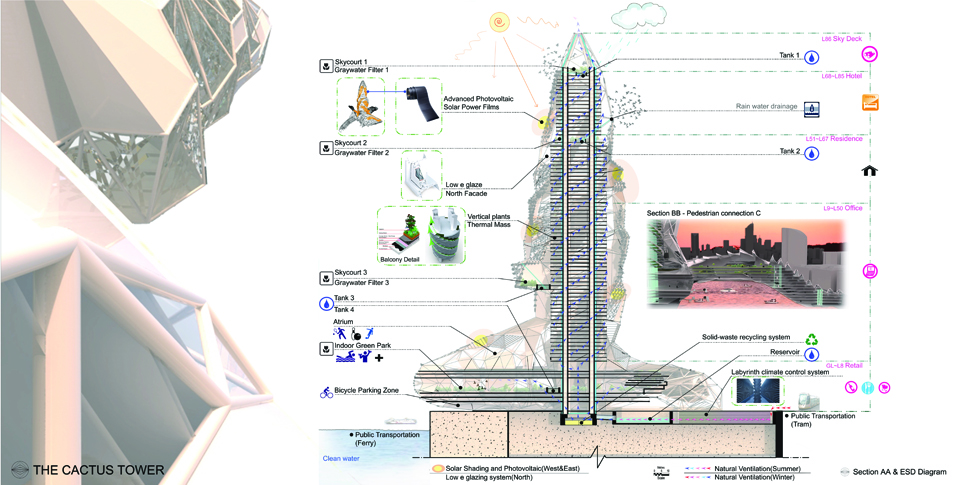 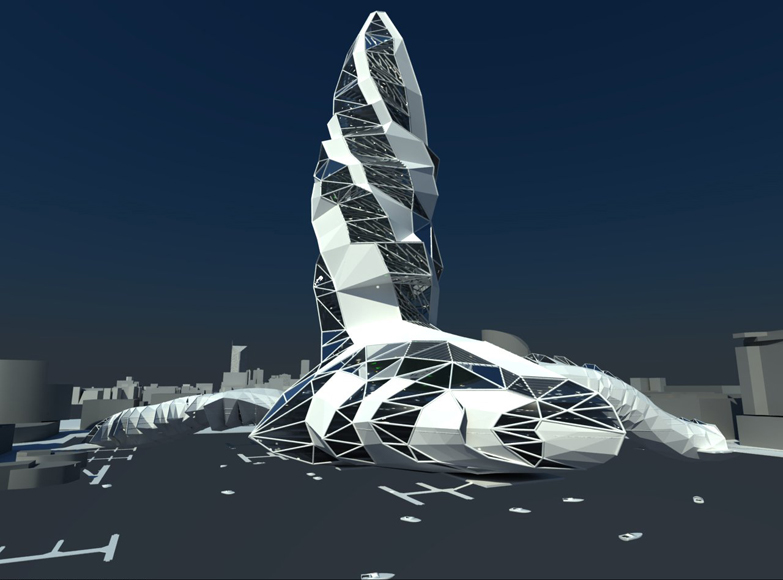 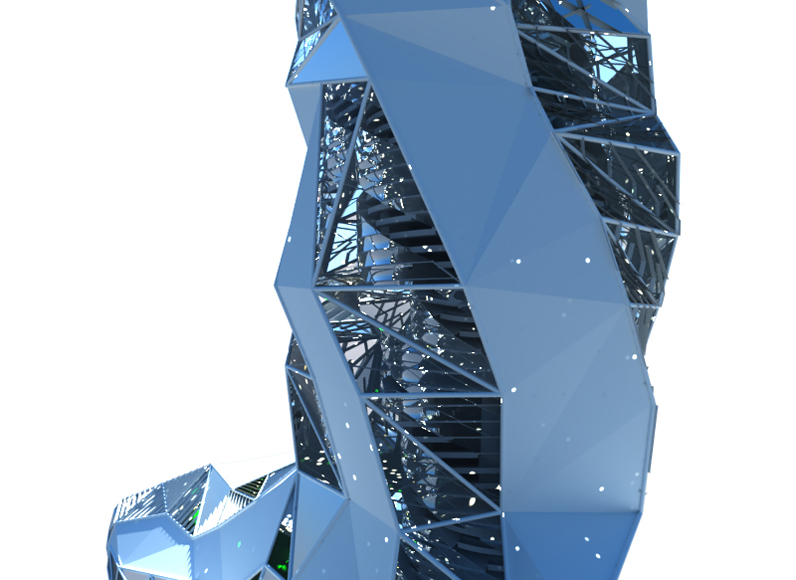 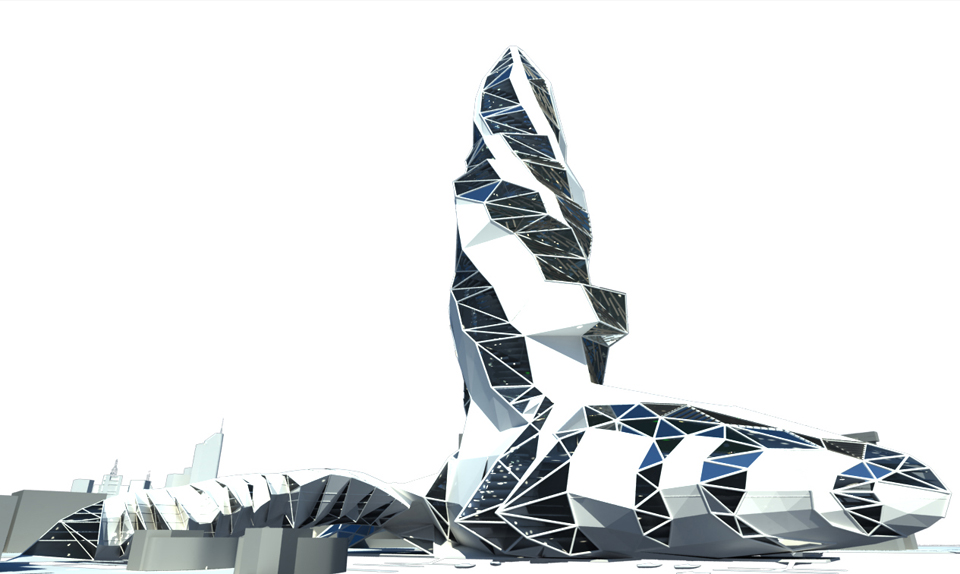 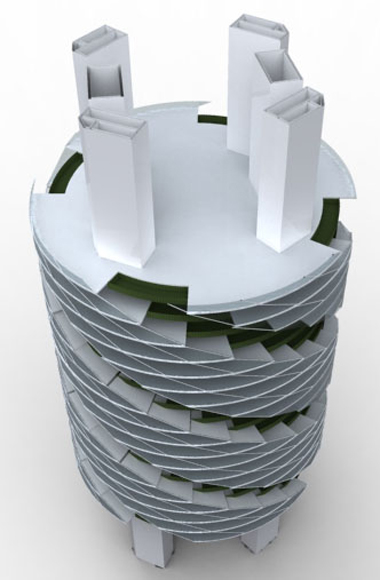 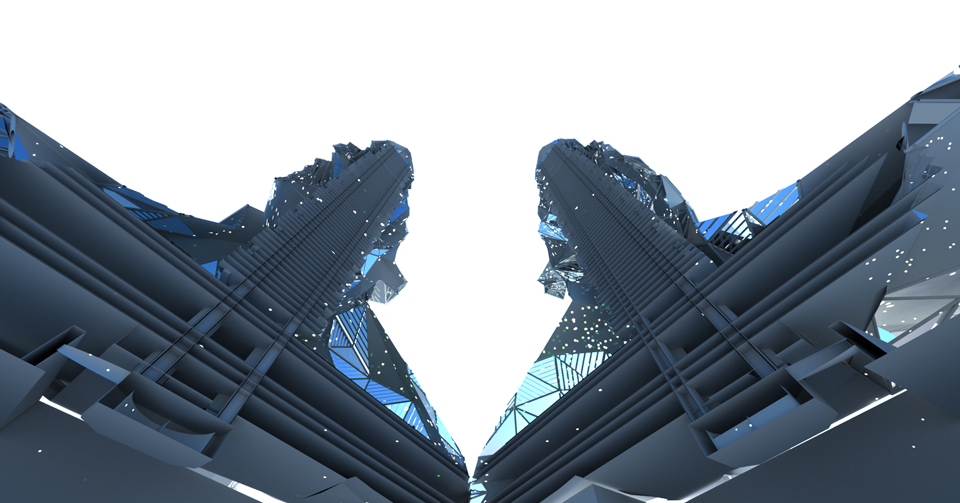 The skyscraper (whether for office, apartment, hotel, or other use) is probably the most ubiquitous building type in all major cities today. In the last few years hundreds of new skyscrapers without careful consideration of the surrounding context or environment have been developed. As a result, most of world biggest cities, such as New York, Mexico City, Seoul, and Tokyo have severe urban pollution due to the buildings as well as industrial development. Therefore, the designers, scientists, architects, and engineers must consider every stage of the project life cycle from conception to utilization.

The proposed tower is located in Melbourne's Docklands, Victoria, Australia. The city of Melbourne is located on the large natural bay known as Port Phillip, with the city center positioned at the estuary of the Yarra River. Melbourne is often referred to as Australia's garden city, and the state of Victoria was once known as the garden state. There is an abundance of parks and gardens in Melbourne, many close to the CBD with a variety of common and rare plant species amid landscaped vistas, pedestrian pathways and tree-lined avenues. Since 1997, Melbourne has maintained significant population and employment growth. There has been substantial international investment in the city's industries and property market. Therefore, major inner-city urban renewal has recently occurred in areas such as Southbank and Melbourne Docklands. However, like many urban environments, Melbourne faces some significant environmental issues, many of them relating to the city's large urban footprint and urban sprawl and the demand for infrastructure and services. One such issue is water usage, drought and low rainfall. Drought in Victoria, low rainfalls and high temperatures deplete Melbourne water supplies and climate change will have a long-term impact on the water supplies of Melbourne. Melbourne has been in a drought since 1997. On the other hand, the population of Melbourne has been growing up drastically since 1997. In particular, Melbourne Docklands has been developing rapidly as a major inner city. In fact, Docklands has a lack of green vegetation area in comparison to the CBD. The EPA [Environmental Protection Agency] and several local councils must take the pollution in Docklands into consideration.

This is a proposal for 370meters high-rise skyscraper, dubbed as THE CACTUS TOWER, is fully focused on its operational systems. The shape of the tower is based on a cactus and its triangular fractals. In general, the cactus can adapt to any kind of environment. In some countries, such as Australia, many cities have water restrictions, therefore drought-resistant plants are increasing in popularity.

As an urban model, the multi-functional high rise, with its mix of residential, commercial and office programs, has the potential to dynamically engage in Docklands harbour which is located in between the Southern Cross railway station and the City Circle tram line. THE CACTUS TOWER takes into account the HVAC [Heating, Ventilating, and Air Conditioning] energy consumption, which is the biggest energy consumption of skyscrapers. To design an eco-skyscraper, the designers should create a symbiosis in different operational systems. The proposed tower has 10 different building operational systems :